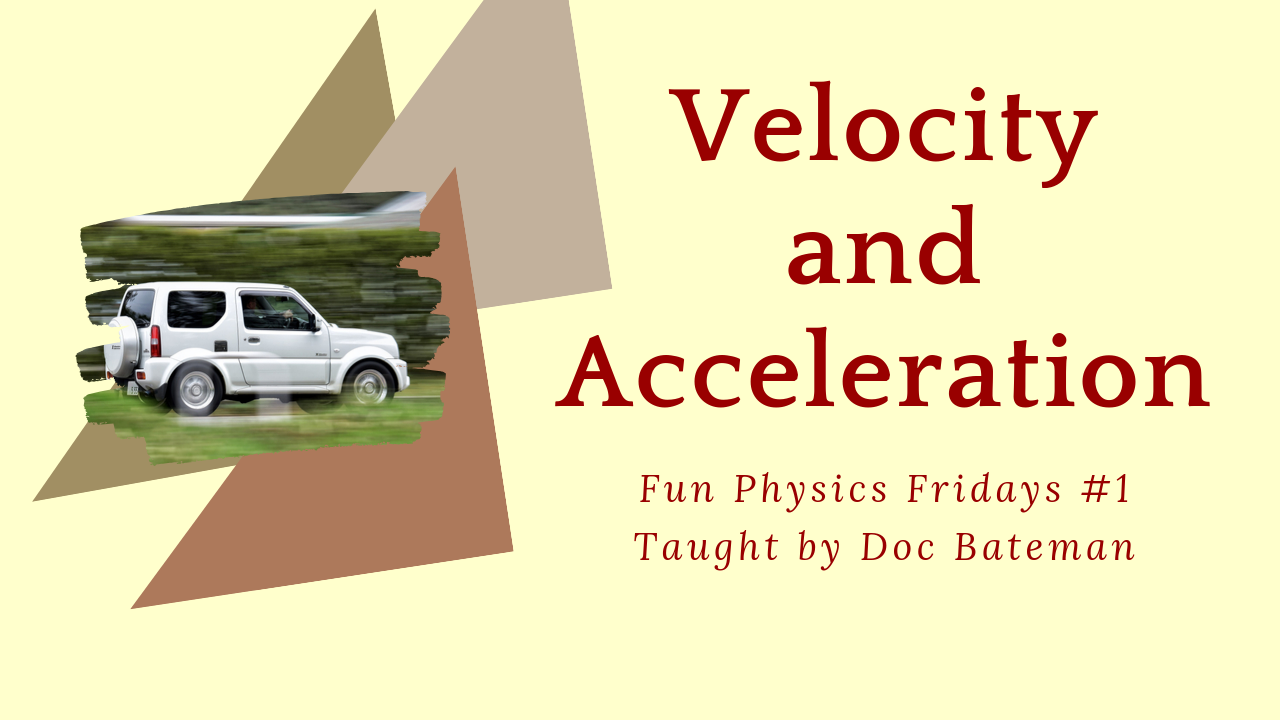 Today I’m going to teach you about motion: velocity, acceleration, inertia and a little bit about Newton’s Laws. All in just 3 minutes. What are you waiting for?

Hey there, Doc Bateman here. Welcome to my new series of short videos that teaches individual physics concepts. Bite-sized, easy to watch, easy to understand pieces. And, every one of these comes with its own worksheet. How cool is that? I’m going to start with motion. We’re going to talk about acceleration and velocity and define a few terms. It’s important and you need to hear how Doc Bateman explains it. You’ll be able to understand it, I promise. Let’s get started.

Let’s say you’re driving in a straight line at a constant speed – that’s uniform motion – and it’s time to stop. When you apply the brakes, you’re applying a drag force to the cars wheels, converting the car’s kinetic energy into heat. This is why brake pads are made of materials that can withstand very high heat. We have changed the car’s velocity by applying a force. Changing velocity is called acceleration. Slowing down is negative acceleration, and sometimes this is called deceleration.

We can also change the velocity or accelerate by speeding up. This means that we push harder on the accelerator pedal (get the name!); sometimes it’s called the gas pedal. We tell the car’s engine to apply more driving force. This causes us to speed up.

Finally, what if you want to turn a corner? We use the steering wheel to cause the front wheels to apply a sideways force, which causes the vehicle to move left or right. Since we are changing velocity (direction), this is also acceleration.

Question: When the steering wheel is turned to the left, which direction is the force? In other words, is it a pulling or pushing force? And, is it the same for the tires and the road? Leave your answer in the comments below.

So now you should be an expert at velocity and acceleration. Leave an answer to my questions in the comments below. Be sure to get your free worksheet from my website – you can find the link below. Thanks for watching.